Big Healey vs Lotus Elan or Beauty and the beast? 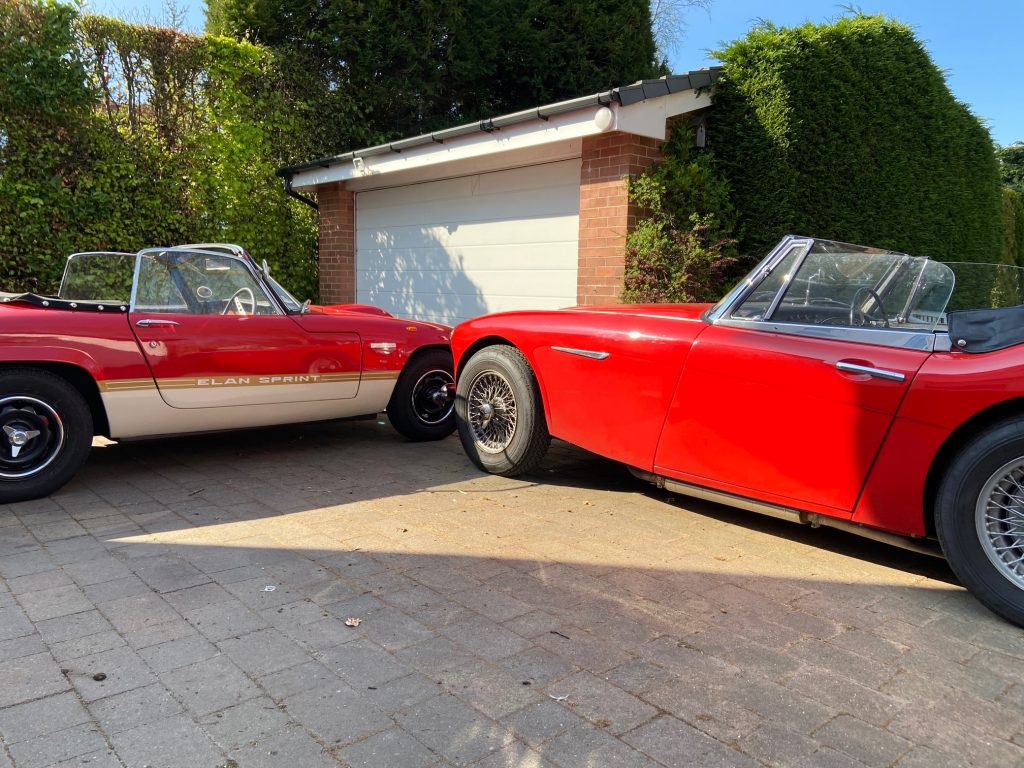 With the lockdown in place and casting around for things to occupy my time, I decided it was time to sort out the loft.  Whilst the detritus of 40+ years of marriage and 3 children, who left home but left much of their early belongings at behind, thus started the marathon clear-out.  Trouble is I discovered a mountain of old car magazines, that’s when the clear-out stopped and the reading began!  In the middle of the magazines was a copy of an August 1988 edition of Practical Classics; I suddenly realised where my passion for big Healeys’ and Lotus Elans’ sprang from. 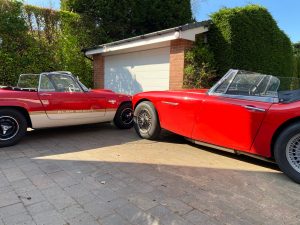 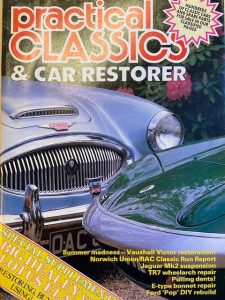 In August 1988 I had bought a copy of Practical Classics, price £1.30…at the time I was the proud owner of a 1969 Cooper S (still owned today).  The cover of Practical classics showed two of my “dream cars”, but even then it seemed an odd choice for a “back to back” feature. The Healey was a tough, no nonsense, rally winning beauty, whilst the Elan had a reputation as an amazing Drivers car, albeit unreliable and fragile.  They seemed an odd choice to place in the same article.

Fast forward ten years and I’d acquired an Elan, all the rave reviews were true, as were the fragility, worrying fires and unreliability.  By 2007 I’d purchased the other car in the article, a ‘63 Healey 3000, which seemed to run regardless of maintenance, although mine was worn out and very tired.  Today, both cars are running well, mechanically sorted and great to drive, in their own ways.

So I thought I’d create my own version of the Practical Classics ‘back to back” article, but with 20 years of ownership to bring a personal perspective.  Which is best, why would you own one and what surprises lay in store? 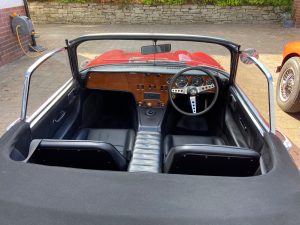 When looking, some 20 years ago to buy an Elan, I must have inspected at least 12 before settling on the one I would buy, oddly located 3 miles from where I now live. This Elan had been restored, rather inexpertly and owed by a property developer.  The previous owner had tired of it, so it came up for sale.  Whilst it ran OK, it did have a few issues, which took rather a long time to fix…. mainly due to electrics (now rewired) as well as needing ongoing maintenance…. this is one car that needs constant attention! Whilst the body doesn’t rust, the chassis certainly can.  The Lotus chassis is incredibly light, unlike the Healey, but whilst its strong, it feels like its made of folded paper.  Parts availability is OK, but nothing like the Healey.  You really need to know where the original parts were sourced from in the first place.  For instance the rear lights are E type, the  steering rack triumph and the internal door handles are from a Maxi. Incredibly, the fuel cap was sourced from a Norton Commando motorbike.

The Elan looks normal size until you park it next to a “normal” car and it then looks more like a toy.  Its tiny dimensions belie the amount of room, both in the cabin and in the boot…. easily sufficient for a holiday, unlike the boot in the Healey.  Amazingly, the elan will do late 30’s mpg, but also uses a pint of oil every 500 miles.

The revelation though is how it drives.  The twin cam engine, double twin choke webers and a low weight and VERY soft springing mean it handles beautifully.  The skinny tyres give the driver lots of feedback and it seems literally glued to the road.  This a car for fast winding roads not motorways, where the 4 speed gearbox cries out for a 5thgear (much like many cars of the era, but not the Healey). Being a 1971 Sprint, my car was in its last iteration, so has lots of interesting features, how about electric windows and screen washers, 4 wheel disc brakes and bucket seats? 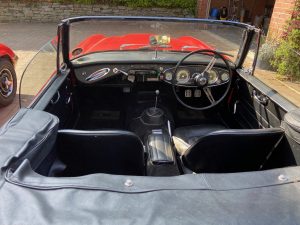 Whilst I honestly don’t know anyone else who owns both an Elan and a Healey, I guess both marques tend to have a loyal following, rather than multi ownership. My car is an ex Detroit car, which came back to the UK in the 1980’s.  Its previous owner had used it for classic rallying, maintaining it well, albeit wearing it out at the same time.

The last 12 years of ownership have seen much of the wear attended to, with rebuilt gearbox, final drive, suspension etc., as well as new sills, floor and attendant work. Finally I have a Healey as it was made, I guess there are few cars, which can handle long distance touring such as a Healey, the only problem is where do you put the luggage?

One of the best things about the Healey is the availability of spares and the quality of specialists.  Whilst Lotus specialists are amazing, they are, unfortunately, few in number.

After driving a Mini and an Elan, jumping into the Healey is like a trip back in time. Heavy steering, bouncy hard suspension and seats designed for a trip to the chiropractor.  However, the torque of the engine (missing in the Elan) and the throaty exhaust rumble are a lovely way to travel.  Whilst the ride is a little agricultural, the thing I found difficult when I started driving it was the steering.  With a steering rack, placing a car is straightforward, with the Healey “set up”, I’m never exactly sure where it will end up, without correction, although I suppose its all part of the charm.

So do they go well together, absolutely!  They are so different that they complement each other perfectly, bringing out the best (and worst) in each other on a back-to-back drive.  If I’m off to the Lakes for a long weekend, it’s the Lotus I’d take, getting off the motorway as soon as possible.  If it’s a trip down to Goodwood, then the Healey makes much more sense, with a one-piece hood and overdrive.   I’m often asked if I had to sell, which one would I keep, answer, neither, I hang on to the Cooper. 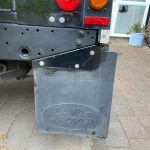 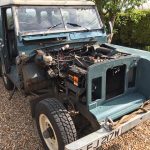 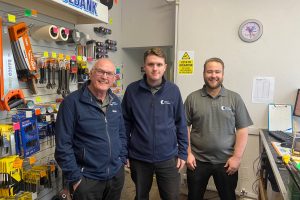 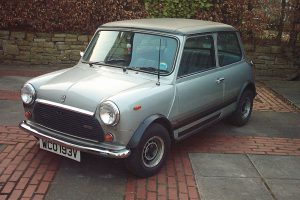 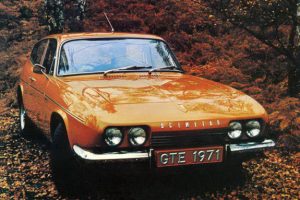